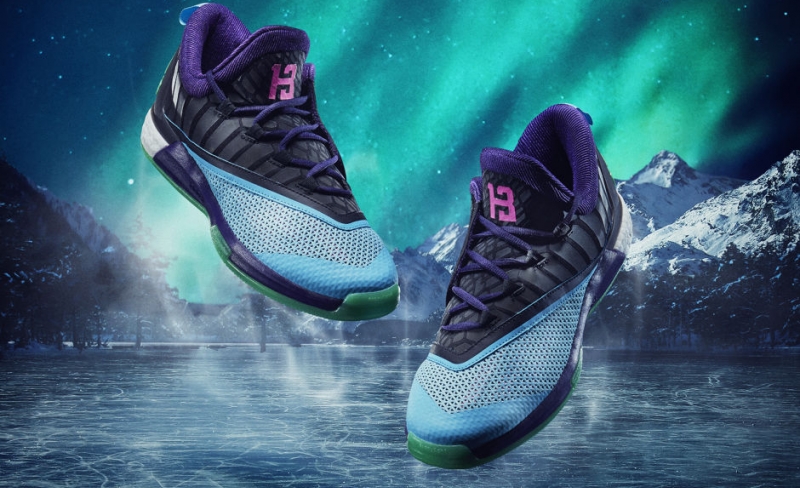 
Created for James Harden to wear during his 2016 NBA All-Star appearance, this pair of the adidas Crazylight Boost 2.5 is inspired by the Northern Lights/Aurora Borealis (as were the other shoes in the collection).

The upper blends several tones, including blue, purple, pink, and black. The highlight of the design is definitely the XENO detailing that has been added towards the back half of the shoe. The tongue sports James Harden’s logo, which was created to look like an "H", as well as his number 13, simultaneously.