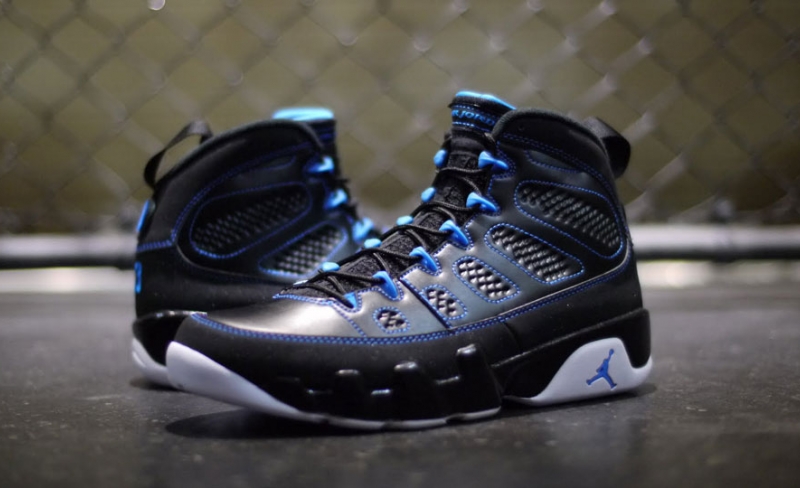 
This new color way of the Air Jordan 9 released towards the end of 2012. A major mishap occurred in the factories where approximately 10,000 pairs of the color way were produced with a Black midsole. The "B Grades" became a discounted release while this release featured a White midsole. Black makes up most of the shoe along with Photo Blue accents.